The major cruise ship event Hamburg Cruise Days takes place annually, whereas the supplementary event Blue Port Hamburg is staged biannually. However, in 2015 the cycle was altered and two Blue Ports exceptionally took place in consecutive years. Blue Port No. 5 was thus already staged in September 2015. Lichtfalle Hamburg reacted to this with a call to participate in Blue Port Monitoring, requesting visitors of the light spectacle to focus on the insects attracted by all the illuminants. On 13 September we organized a guided tour in the port area with specialists and undertook an inspection of the grounds around the Oberhafen. What stood out were the high number of spiderwebs under the blue fluorescent tubes, leading us to conclude that such light happenings are conducive to a thriving population of bridge spiders, while, accordingly, flight insects increasingly become prey. Compared to our simulation in August, the exact same conditions prevailed during this action from 5 to 10 September 2015, at least concerning the moon phase. The weather, however, was colder with more rain and wind. It soon was evident that also Blue Port 2015 functioned as a huge trap for night-active insects, though scheduling it for September was a better choice than at the height of summer, since the insect flight becomes less following the season. 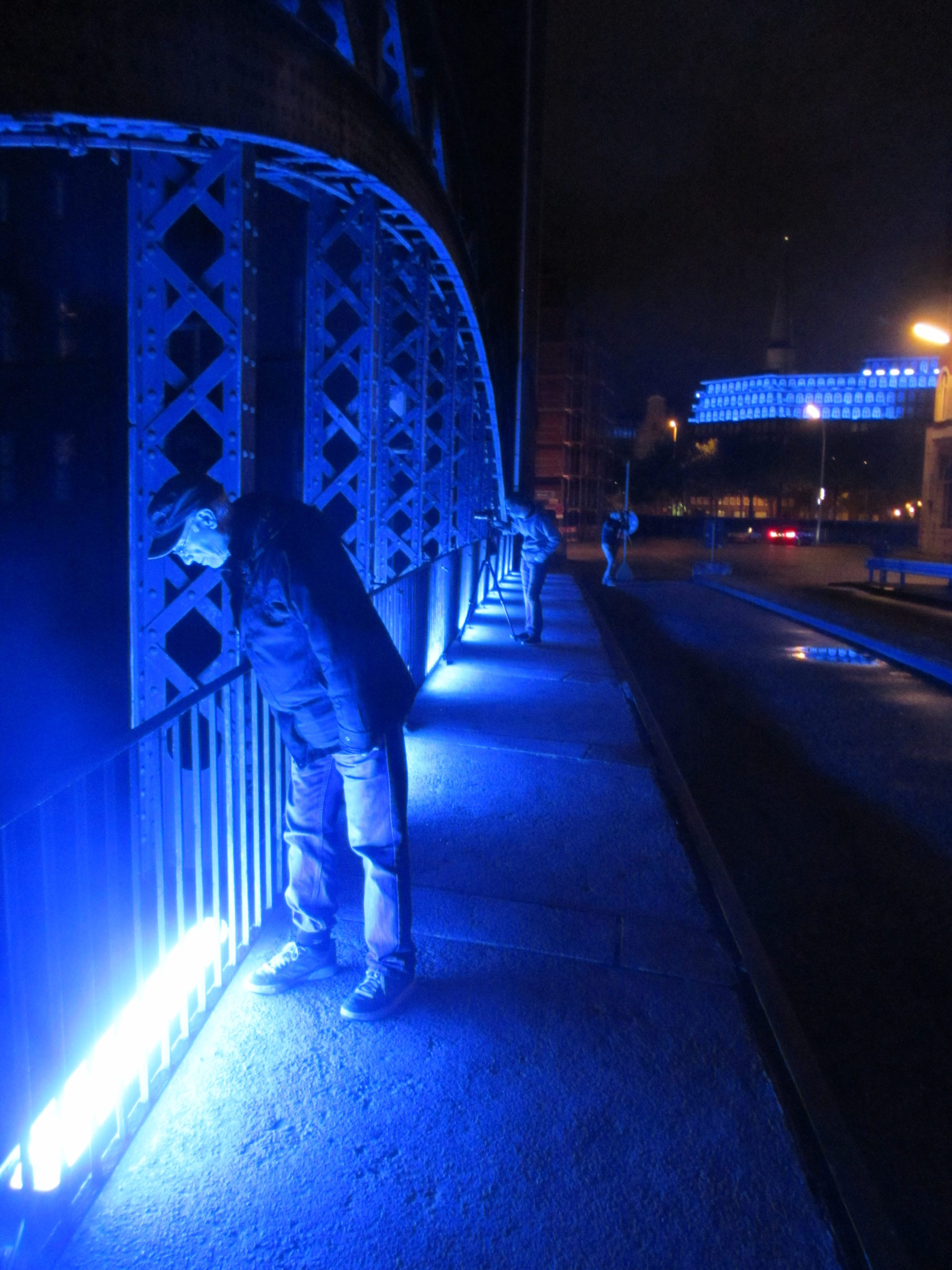 Blue Port Nr. 5 already was staged in September 2015. Lichtfalle Hamburg reacted to the event with a call to conduct a Blue Port Monitoring, inviting the visitors of the light spectacle to focus on the insects attracted by the illuminants. Photo: Nana Petzet 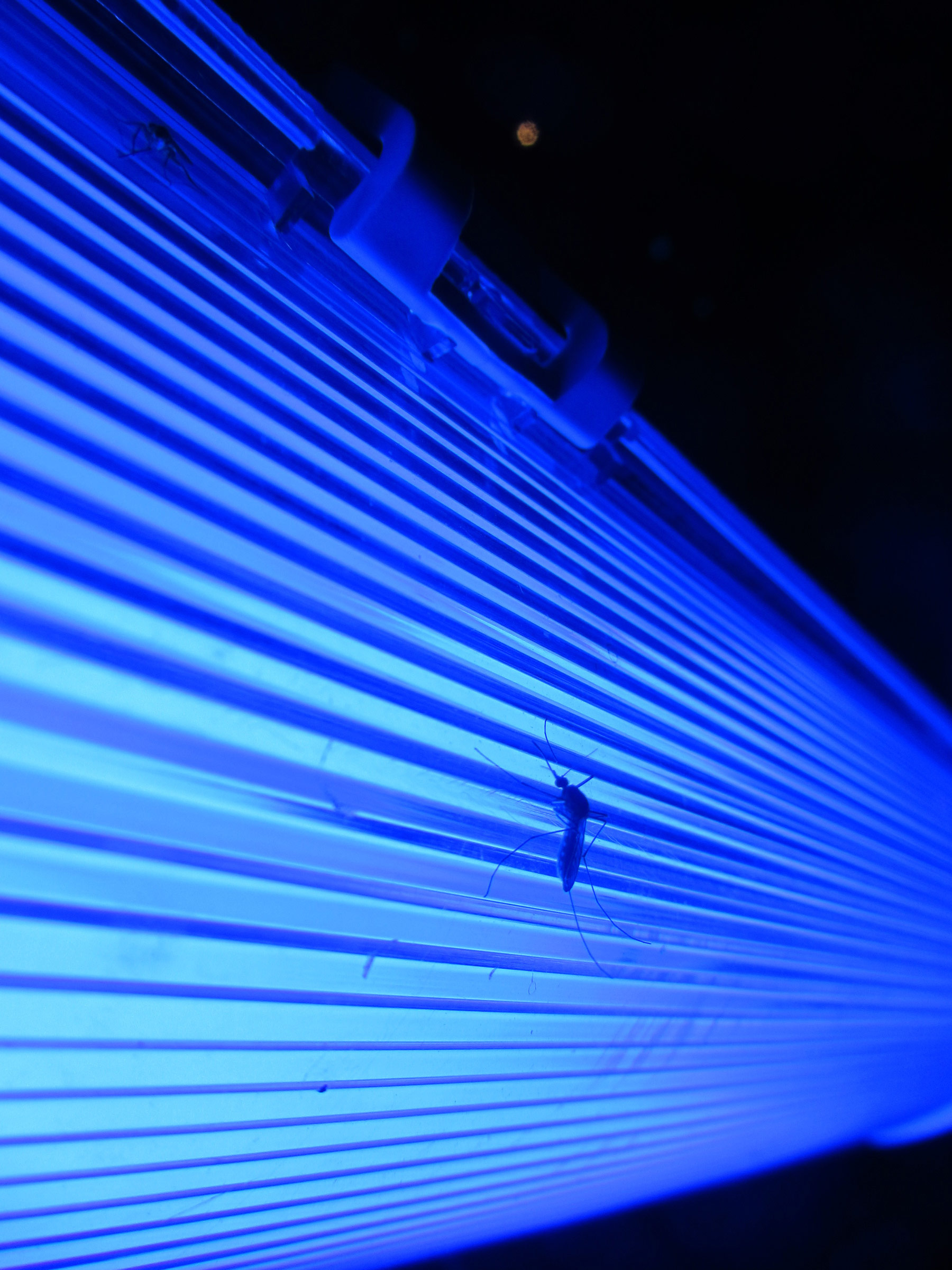 A mosquito is sitting on one of the thousands of fluorescent tubes that are used during Blue Port No. 5. Photo: Nana Petzet

On 13 September we organized an inspection of the Oberhafen with specialists and interested participants. Here, Nana Petzet, Andromeda Jörg von Prondzinski and Nina Kalenbach are distributing forms for the assessment. Photo: Helge Mundt 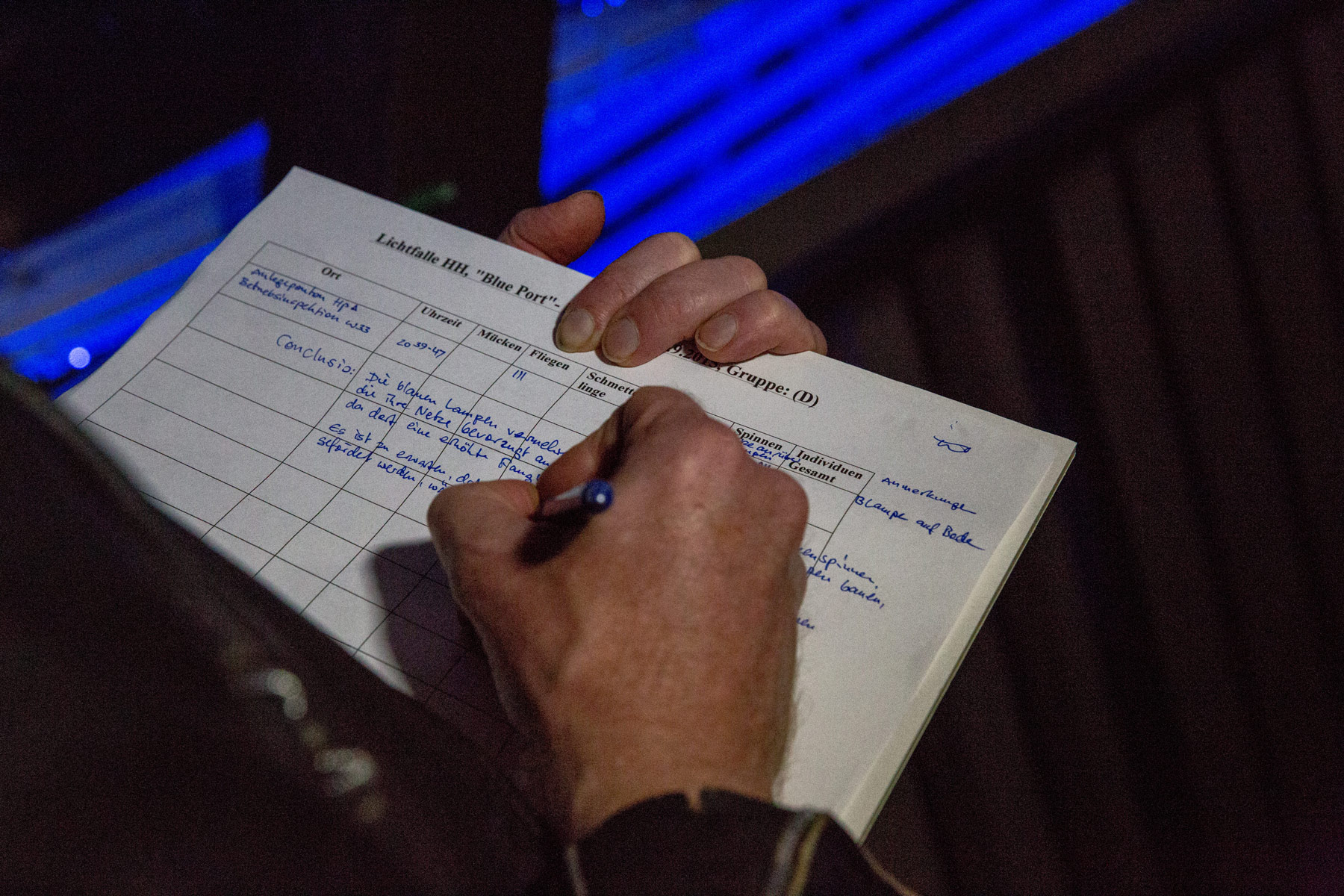 Andromeda Jörg von Prondzinski records his observations in one of the forms. Photo: Helge Mundt

We especially noticed the many spiderwebs under the blue fluorescent tubes. The intense use of lighting in the port seems to allow bridge spiders to thrive extremely well, while flight insects increasingly become prey. Photo: Helge Mundt